My oldest memory of me interacting with a computer is from when I was five or six: I stormed into the bathroom to interrupt my father’s shower and ask him what I had to type in MS.DOS to play Gorillas in our i386.

Not long after that, in 1996, my father was one of the early adopters of the Internet (something quite new at that time in Brazil). The access to the world, my curiosity to know how things are made and some of my father’s magazines fomented in me the interest of making websites and learning web-development. It was also from his magazines that I got my love for the GNU/Linux operating systems: his first attempts to dual-boot with windows were made in 1998, by 2002 I was already installing by myself and starting my distrohopping years.

I always kept one eye on the new upcoming technologies and programming languages, now I seek to make a career from them. In this page you can find some personal projects I’ve developed.

With Litteris you can organize your penpal contacts keep track of your letters and postcards exchange. You can star your most frequent friends and search for that one you haven’t talked much lately. 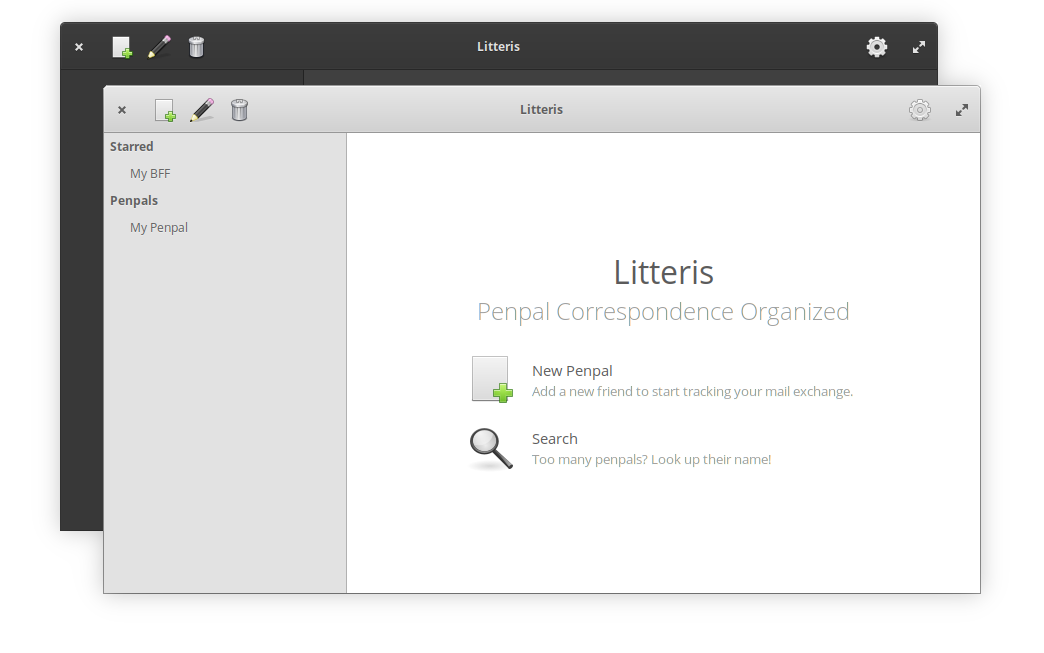 Back in 2015, I created a MySQL database with a web interface to keep track of one of my hobbies: exchanging letters and postcards with some fellow penpals. When I decided to brush of my OOP skills, I opted for developing a native application for the Elementary OS, so, instead of my web app, I wrote Litteris. It uses modern technologies like GTK+, Vala (a modern high level “language” similar to C# and Java) and a SQLite database.

Adstruo (from the latin: to add, to contribute) is an unofficial extension for ElementaryOS’s Wingpanel that provides some additional indicators like weather, hardware temperature and a Caps Lock/Num Lock status indicator. 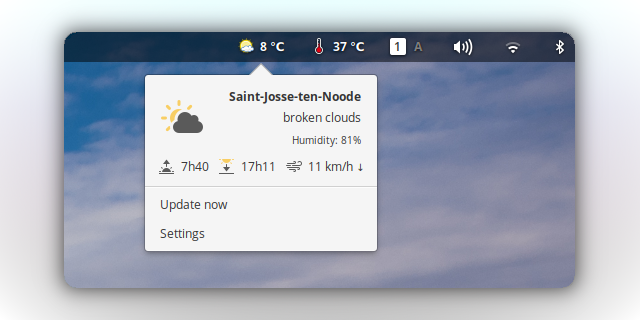 Aedifico is a small framework that I created using Node’s ExpressJS and other awesome technologies to serve, render and manage this simple website. It is an open-source project for anyone who wishes to use it.

There are thousands of different technologies available nowadays to use in the front-end and back-end when building a website. I chose NodeJS for its lightweightness and simplicity. Also, the thought of using just JavaScript to make very simple sites (like this webpage) is quite appealing. In the early 2000’s I used to make JS only webpages with data being read from text files, it was a hack but it worked well (specially for a teenager who couldn’t afford a webserver with ASP, PHP or ColdFusion). JavaScipt evolved a lot from those times, now, NodeJS can be a complete webserver reading content from Markdown files.

In order to make a complete framework, Aedifico uses native linux services to manage Node’s scripts, Git to deploy and preview the website and includes a simple CMS to edit/upload files and make git commits. Also, there is a friendly installer written in Python to help the initial set-up.